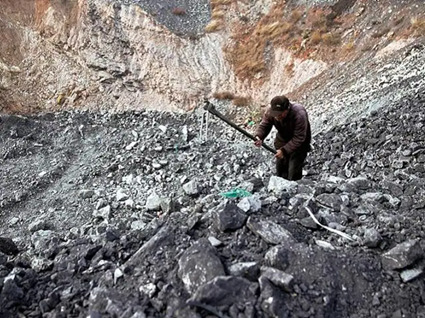 According to the American broadcaster, Russia has overtaken Australia as China’s second-biggest supplier since last year and now accounts for 19 per cent of its coal imports, up from the 14 per cent share it had in March.

This record purchase comes even as Western nations, led by the United States and the European Union (EU) are targeting Moscow with sanctions over the invasion of Ukraine.

Ilya Makarov, the director of the corporate ratings at Moscow-based rating agency ACRA, had earlier warned that the Asian shift was straining Russia’s rail freight capabilities and risked pushing down coal prices in the Asian market.

The lure of cheaper energy, in the form of gas, coal, and oil, and low-cost wheat from Russia far outweighs the fear of sanctions as China has decided to make deals with Russia as long as it can.

Australia’s AVZ Minerals Ltd. is battling to retain control of what is potentially the world’s largest untapped lithium deposit amid ownership claims from Chinese investors, according to Boatman Capital.

AVZ’s interest in the Manono lithium project in the Democratic Republic of Congo could fall to 36% from 75%, London-based short-seller Boatman said in a research report on Friday. That may follow its planned sale of a 24% stake this month and a flurry of lawsuits from companies, including Zijin Mining Group Co., claiming ownership, documents published by Boatman show.

“At best, AVZ faces months or years of legal fights” to block a claim by a Zijin subsidiary, Boatman said in the report. “At worst, AVZ will lose control of Manono.”

AVZ said Friday it extended the voluntary suspension of the trading of its stock on the ASX until June 1, having halted selling and buying of its shares May 9 as it waits for the Congolese government to complete its permit approvals for Manono. AVZ, with a market capitalization of about A$2.75 billion ($1.9 billion), had soared more than 400% over 12 months.

Congo is an important source of materials needed in the transition to clean energy. It’s the world’s largest producer of cobalt and holds vast deposits of lithium, both key ingredients in electric-vehicle batteries. Chinese companies have moved aggressively to secure supplies from the central African country, and now control about half of Congo’s cobalt output and approximately 70% of its copper production.

The exit comes as the Japanese company faces weakening margins from smelting amid competition with larger Chinese rivals.

The sale is to concentrate management resources on growth areas, such as advanced materials used in chips and smartphones, a JX spokesperson said.

Under the deal, JX unit Japan Korea Joint Smelting will sell its 49.9 per cent stake to LS Corp, which holds the remaining stake in the smelter.

JX owns 80 per cent of Japan Korea Joint Smelting while Mitsui Mining and Smelting Co Ltd and Marubeni Corp each hold 10 per cent.

Mapped: The 10 Largest Gold Mines in the World, by Production

Together, they accounted for around 13 million ounces or 12% of global gold production in 2021.

Share of global gold production is based on 3,561 tonnes (114.5 million troy ounces) of 2021 production as per the World Gold Council.

Uzbekistan’s state-owned Muruntau mine, one of the world’s deepest open-pit operations, produced just under 3 million ounces, making it the second-largest gold mine. Muruntau represents over 80% of Uzbekistan’s overall gold production. The finding follows an updated feasibility study in which rare earth elements were evaluated as a potential by-product of the mining of niobium, titanium, and scandium; thus, the estimated values of the REEs are reported using the previously determined diluted net smelter return as derived from the Nb2O5, TiO2, and scandium mineral resources.

“According to the 2022 feasibility study, the Elk Creek project contains an estimated 632.9 kilotonnes of contained total rare earth oxides in the indicated mineral resource category.  According to US Geological Survey data, this places the Elk Creek mineral resource behind MP Materials’ Mountain Pass deposit in the US but ahead of all other current rare earth projects in terms of contained TREO from a NI 43-101 rare earth resource of indicated or higher classification,” NioCorp said in a media statement.

The company pointed out that the 2022 feasibility study also showed that, in addition to relatively high grades of niobium, scandium, and titanium, the Elk Creek mineral resource contains various amounts of all REEs. More severe-than-expected sanctions against Russia will disrupt Russian mining activities in Sub‑Saharan Africa without having a serious negative impact on domestic mining sectors themselves, a recent report by The Economist Intelligence Unit states.

According to the research and analysis division of The Economist Group, sanctions on Russian miners, including both metals and energy producers, in Africa will create manageable downside risks, which are outweighed by risks to the upside stemming from steep increases in commodity prices.

However, given that most Russian mining operations in Africa are joint ventures that rely in part on Russian financing, it is possible that sanctions will cause momentary disruption to mining operations and output levels as Russian funding is limited or cut off entirely.

Unloved since Fukushima, uranium is hot again for miners

Uranium miners are racing to revive projects mothballed after the Fukushima disaster more than a decade ago, spurred by renewed demand for nuclear energy and a leap in yellowcake prices after Russia’s invasion of Ukraine.

Spot prices for uranium have doubled from lows of $28 per pound last year to $64 in April, sparking the rush on projects set aside after a 2011 earthquake and tsunami crippled Japan’s Fukushima nuclear power plant.

“Things are moving very quickly in our industry, and we’re seeing countries and companies turn to nuclear with an appetite that I’m not sure I’ve ever seen in my four decades in this business,” Tim Gitzel, CEO of Canada’s Cameco, which mothballed four of its mines after Fukushima, said on a May 5 earnings call.

Uranium prices began to rise in mid-2021 as several countries seeking to limit climate change said they aimed to move back to nuclear power as a source of carbon-free energy.

A quest for secure energy supplies has added to the potential demand.

Unrest in January in Kazakhstan, which produces 45% of primary global uranium output, had already driven prices further when Moscow’s Feb. 24 invasion of Ukraine spurred a 50% rally.

Sinosteel Cam S.A., the Cameroonian subsidiary of the state-owned Chinese miner, will develop the Lobe iron ore mine in the central African nation, helping China to diversify its sources of iron ore beyond Australia, with which it is in a trade war, and Brazil.

Under an initial 20-year mining convention, concluded on May 6 in the capital Yaounde and seen by Reuters on Thursday, Sinosteel Cam aims to mine 10 million tonnes of ore with 33% iron content annually.

It would enrich this to produce 4 million tonnes of ore with 60% iron content, which would then be shipped. High-grade iron ore is particularly valued in making steel because it results in lower carbon emissions than lower grade ore.

The project will be 30% self-funded, with 70% of the financing coming from bank loans, the convention said.

The Lobe mine, 200 kilometres (124 miles) southeast of the economic capital Douala and 40 km from the port town of Kribi, holds 632.8 million tonnes of iron ore.

Sinosteel will build a beneficiation plant, a pipeline to move the ore to the port, a mineral terminal at the port, and a power plant, the convention said, without specifying what type of power plant.

Sinosteel officials have yet to say when they aim to start mining, but under Cameroon’s mining code the company must begin within five years from the mining permit being granted.