The government has ensured availability of enough coal to meet any rise in power demand, which is natural due to increased economic activities in the current financial year as compared to the pandemic years 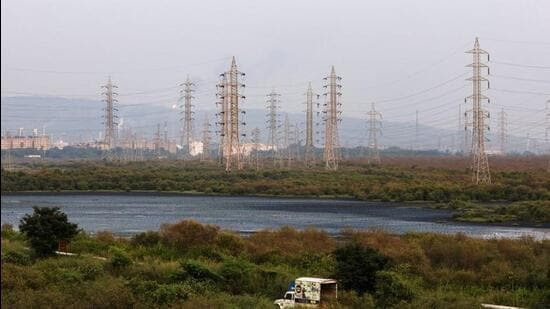 India has significantly enhanced its domestic coal production plan to meet a growing power demand for 2022-23, with more than 20% year-on-year jump in the output at 934.53 million tonne, including over 83.5% increase in production from captive blocks, besides pressing state-run Coal India Ltd to help states in importing 14.46 million tonne of coal for the first time, officials familiar with the development said.

The government has ensured availability of enough coal to meet any rise in energy demand, which is natural due to increased economic activities in the current financial year as compared to the pandemic years, when coal-based power generation was significantly low, the officials said, asking not to be named. India has the world’s fourth largest coal reserves and is the second-largest producer globally.

“Total power generation with domestic and imported coal in May this year was 102.42 BU (billion unit) as compared to 91.6 BU in May 2019 [a non-Covid period], less than 12% growth in three years. This is manageable provided states nudge their generators to stock enough coal for the monsoon contingency well in advance,” one official said.

Peru’s executive power launched a temporary working group to keep track of the commitments agreed upon by Chinese miner MMG and the Indigenous communities protesting against its Las Bambas copper mine. The signing of the 30-day truce between the Indigenous communities of the Cotabambas province, the Peruvian government and Las Bambas.

The announcement, published in the official gazette El Peruano, follows a decision regarding a 30-day truce made public on Thursday by representatives from the six communities involved in the conflict ​​that forced MMG to halt operations for more than 50 days, the longest in the mine’s history.

The protest was started in mid-April by the communities of Fuerabamba and Huancuire, who say Las Bambas had not honoured all of its commitments to them. Both communities sold land to the company to make way for the mine, which opened in 2016.

The Chila, Choaquere, Chuicuni and Pumamarca communities joined later and all six of them will now be part of the new committee, which will operate under the umbrella of the Presidency of the Ministers’ Council (PCM). A representative from Las Bambas will also be part of the group, as will a representative from the Cusco ombudsman office and the ministers of energy and mines, environment, justice and human rights, women and vulnerable populations, agricultural development and irrigation, health and education.

Researchers at Ruhr-University Bochum investigated ways to make copper and silver release even more ions than they normally would as a result of corrosion, a process that helps prevent the growth of bacteria or kill them completely.

In a paper published in the journal Scientific Reports, the scientists describe the use of a so-called sputtering system with which the thinnest layers or tiny nanopatches of the metals can be applied to a carrier material. Depending on the sequence or quantity in which the individual metals are applied, different surface textures are created. If a precious metal such as platinum is also applied, silver corrodes even faster and releases more antibacterial ions.

“In the presence of a more noble metal, the baser metal sacrifices itself, so to speak,” researcher Alfred Ludwig said in a media statement. This phenomenon is called the principle of the sacrificial anode.

The effectiveness of such sacrificial anode systems against bacteria has already been demonstrated. However, whether viruses can also be rendered harmless in this way has not yet been investigated in detail.

After a yearslong deadlock, Ecuador and Chile have resumed negotiations over a partnership to develop a major copper deposit just as demand for the wiring metal is set to surge in a nascent clean-energy transition.

“That suspension generated positive conditions for talks,” Vera said Sunday in an interview from Toronto, where he’s heading a delegation at the PDAC mining conference. “We have opened a line of contact with the highest executives at Codelco.”

Citing a confidentiality agreement, Vera declined to offer any details of the “excellent conversations,” or the likely timing of the project, which he said probably contains much more than the initial estimates. The project recently won a court battle over its environmental impact.

China Moly denies Congo administrator takes over its Tenke mine Aerial view of the processing plant at the Tenke Fungurume mine

There has been no change in control of Tenke Fungurume Mining, majority owner China Molybdenum said on Friday, contradicting a state mining company official who said a temporary administrator had taken control of the world’s second-largest cobalt producer.

The secretary-general of Congo’s state mining company Gecamines told Reuters on Thursday that a court-appointed temporary administrator had officially taken charge amid a dispute between TFM shareholders.

China Moly controls an 80% stake in the copper and cobalt mine, while Gecamines owns 20%.

“There is no change in the management right of TFM, and production and operations are running as usual,” China Molybdenum spokesperson Vincent Zhou said in an email.

A court had appointed the administrator, Sage Ngoie Mbayo, in February for a period of six months in response to a claim brought by Gecamines.

Teck Resources donates thousands of hectares of land for conservation

Teck Resources Ltd. is donating 14,000 hectares of land in Canada and Chile for conservation as part of a plan to preserve or rehabilitate three times as much area as it disturbs by 2030.

Teck, a Vancouver-based copper, zinc and coal miner, said the effort includes donations of tracts of land in eastern British Columbia to the Nature Conservancy of Canada (NCC). It is also partnering with Chile’s Ollagüe Quechua Indigenous community to protect wetlands near the company’s Quebrada Blanca operations, close to the Bolivian border. The donations will be equivalent to 40 per cent of the company’s mining footprint.

In addition to the land grants, Teck will contribute $22.6-million to conservation efforts, including the establishment of an Indigenous stewardship fund to help communities build up capacity to help protect ecosystems in those regions.

The company’s stated goal is to become “nature-positive” in all its operating areas within the next seven and a half years. To accomplish that, it will need to halt, then reverse, the loss of ecosystems in those places.

Nature positivity is a relatively new concept being advanced by several environmental organizations. It does not yet have a consensus definition, but in its simplest form it means going beyond the basic necessity of minimizing environmental damage by pursuing policies that actually enhance ecosystems. The UN Convention on Biodiversity has called on governments and companies to preserve biodiversity, store carbon and purify water as part of nature-positive efforts. Aerial view of a large limestone quarry and industrial buildings

The IPI continued to show positive growth rates due to the high production in mining, quarrying, and manufacturing activity, it stated.

The index is an economic indicator that reflects the relative changes of the volume of industrial output. It is calculated based on the industrial production survey.

The IPI data is based on the International Standard Industrial Classification of Economic Activities (ISIC 4). This index is published on a monthly basis.

According to the GASTAT’s monthly report, the mining and quarrying grew in April by 28.3% compared to the previous year, while the manufacturing activity rose by 25.1% compared to 2021. The electricity and gas supplies decreased by 2%, it stated.

Compared to March 2022, the overall index increased by 0.5%. Mining and quarrying showed a month-on-month growth rate of 1.3%, said the report. The manufacturing sector decreased by 2.0%, electricity and gas supplies increased by 2.1%, it added. According to the latest statistics, there are currently 2,126 active mining licenses within the sector in Saudi Arabia.

RIYADH: Saudi Arabia’s Ministry of Industry and Mineral Resources issued 86 new mining licenses in April 2022, according to data from the National Industries and Mining Information Center.

Out of the total, 68 were to build material quarries, while 13 were exploration licenses.

According to the latest statistics, there are currently 2,126 active mining licenses within the sector in Saudi Arabia.